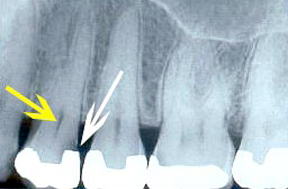 A root canal procedure involves removing diseased tissues (indicated by the yellow arrow), which contain the nerve and blood supply of a tooth, and replacing it with a rubber-type material. The area that is filled is called the “root canal.” The root canal of each tooth is very different. The reason this tooth needed a root canal was due to decay (indicated by the white arrow) entering the pulp. 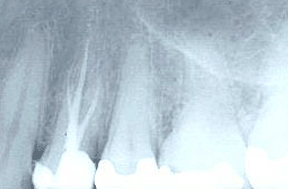 This is what the completed root canal looks like on an x-ray. This tooth had three canals, which you can see by the white filling material in the root portion of the tooth. 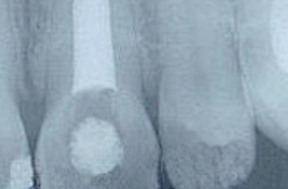 Most of the canals, where the nerve and blood vessels of the tooth reside, are narrow like the wick of a candle. Some canals are very wide, similar to this x-ray of a front tooth. This means there is less tooth structure surrounding the canal, which can indicate that the tooth is weaker. 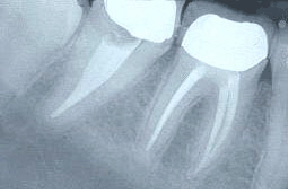 The tooth on the right is what we typically expect to see in regard to a normal root canal anatomy. This tooth has three separate canals. The tooth on the left has only a single canal, which is why the filling material appears so wide. The internal anatomy of each tooth is different, which makes each root canal procedure unique. 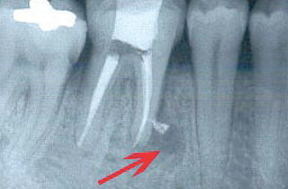 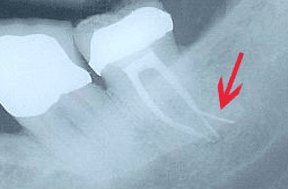 This is another example of an accessory canal in a back tooth. This canal,by the red arrow, was rather large. The prognosis for this tooth is also good because the accessory canal was found and filled. 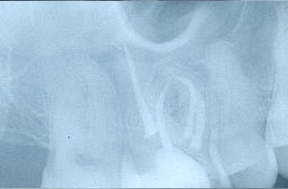 This is an x-ray of an upper molar with four canals, which is not very common. What makes the treatment of this tooth more difficult is the curvy nature of its canals. 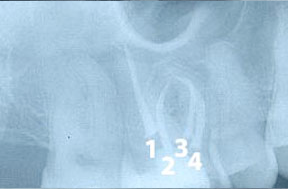 The four canals have been labeled on this x-ray. Canal #1 is very straight but the other three canals, especially #3, are curved. Each canal must be free of any nerve or blood tissue before it is filled to ensure a good prognosis. 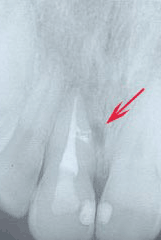 This tooth has what is called an “accessory canal,” which is a canal that splinters off in an unexpected direction. This tooth had to be retreated due to the first root canal failing, which is evident by the dark area, which is where the arrow is pointing. Upon retreatment, the accessory canal was found and filled, and the prognosis for this tooth is good.

This is a different tooth that also had an accessory canal, in the area indicated by the red arrow. The prognosis for this tooth is also good, but as with most root canals, a periodic exam and x-ray are needed to monitor for any issues.